One of the obvious writing mistakes I made when starting out was trying to cram as much of my main character’s back story into the first act as I could. Schoolboy error.

Like the vast majority of new writers I wanted to get everything in early, to set it all up as quickly as possible so I could get on with my plot. Consequently my first acts were nearly as long as my second acts.

Over the years I’ve read many books on how to write screenplays, how to structure, plot and where to put what, but the most fascinating books for me were always the ones that concentrated on character. Here are a few things I learnt reading about and developing my own characters.

But the most important thing I’ve learnt is that even though you need to know everything you can about your character before you start writing, you don’t have to reveal all of that information to make them work, or do them justice. Take the character of Anton in No Country For Old Men. What do we know about him? Not very much. We don’t know why he’s a killer, or what childhood trauma drove him to become one. His mysteriousness is part of who he is. Ultimately he’s a far more interesting character because we don’t know. 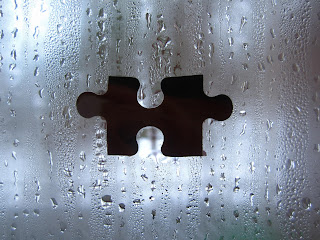 Character, unlike plot, doesn’t need to be tied up or resolved at the end. Characters don’t need to be laid bare, their motivations explained, who they are examined under a microscope. The richest characters for me are the ones who are not fully explained, the ones that have an air of mystery.
It’s human nature to seek answers to what we don’t know or understand. What caused the teenager with a stable family to sacrifice himself as a suicide bomber? What childhood incident caused a successful businessman to attack a taxi driver when he accidently took him to the wrong address? The media delve into the backgrounds of these people in an attempt to find answers, to justify why these people might do such things, to explain away what would otherwise be just too terrifying to contemplate. If there’s an answer, an explanation, it’s easier to deal with and accept.
For a writer this can be dangerous. We already know to get into scenes late and get out early, so why do we try and explain every facet of our characters and why they do what they do? Whether you love or hate Christopher Nolan’s The Dark Knight the Joker Heath Ledger portrayed was exactly the kind of character we all fear. He had no backstory, no motivation for who he was and he was a more terrifying character because of it; “Some men just want to watch the world burn.”
So treat your character like a jigsaw. Don’t try and complete him/her in the first act. Take your time. Feed the audience a piece here and there. Those little reveals of character throughout the screenplay add new, interesting layers to the characters you create and can add another dimension to the story you are telling.
And remember, with every jigsaw puzzle there’s always at least one piece that goes missing, the one that drops down the side of the sofa, gets chewed by the kids or the dog, or the one sucked up in the vacuum cleaner.
Happy writing!