I read a lot of screenplays from writers of all abilities and the one thing I often find these screenplays lack are credible character arcs.

Story seems to be the main obsession for most writers. More often than not they focus entirely on their fantastically imaginative stories but populate them with cliched or uninteresting characters we’ve seen a million times before. It’s no wonder then that writers are puzzled and frustrated as to why their screenplays don’t get the attention they expect. So how can you ensure your characters match the ambition of your story ideas? 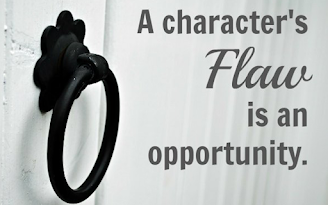 Character Flaws: What is your character’s major flaw? What is it about him/her/it that makes them absolutely the very worst person to be going on this journey?

In LIAR LIAR, Fletcher lies to everyone, his clients, his colleagues, judges and even his son. It’s not only his job to lie, but it’s also the core of who he is. He’s a born liar. So when his son wishes that his dad can’t lie for one whole day, Fletcher has to find another way to win the case he’s presenting in court. If the same wish was cast upon a priest, for example, the outcome wouldn’t have such a huge impact as it would on someone who lies for a living, as the priest would be used to telling the truth. However, if that priest didn’t believe in God and always broke the ten commandments then his life would be thrown into as much chaos as Fletcher’s.

It is also often the case that the character’s major flaw is what saves him/her/it. In Fletcher’s case, because he’s been an expert liar all his life he’s able to spot another lie and this eventually helps him win his case in court.

Character Journeys: When your story begins what is it your character wants? What is their goal? How do they go about getting what they want and reaching that goal? 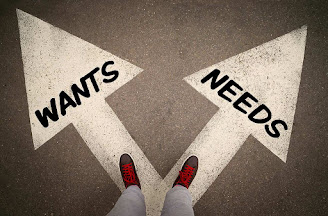 This is where conflict and the obstacles you put in the way of your main character come in. This is where you put your character through increasingly worsening situations and obstacles on their way to their goal. Fletcher’s goal is to win his case. But he can’t lie for twenty-four hours and so attempts to delay the court hearing in increasingly more desperate ways so he can win it the next day in the only way he knows how by lying. Of course, he fails and this brings me on to the next part of your character’s journey…

What does your character actually need? And how is your character going to realise what he needs? Fletcher needs to stop lying and be more honest with people, especially his son. He only comes to realise this when he wins his case by telling the truth and his son is about to be taken from him. He learns the value of truth and gets his family back. Huzzah! The character may not always be blind to what they need but might have chosen instead to ignore it. This too is an option.

So those questions again are:

1 – What is your character’s major flaw?

2 – What does your character want or what is their goal?

3 – How are they going to go about getting what they want or reaching their goal?

4 – What does your character actually need to grow as a person?

5 – How does your character come to realise what they need?

Remember, try to think of several answers for each of the questions above for each of your characters. Try a few different combinations and try to steer yourself clear of cliche. The more original, interesting and unusual your characters are, the more memorable they will be.

Now your characters are a little clearer in your mind you’ll find your fantastically imaginative story has just got a whole lot better. Now you’ve explored your imagination new ideas for your story will present themselves elevating your already quite decent idea to something special.